In Avatar Property and Cas. Ins. Co., v. De Caires, 2021 WL 3176774 (Fla. 3d DCA July 28, 2021), the Third District Court of Appeal reversed the entry of a directed verdict on damages in favor of the plaintiff/insured in a first party property insurance claim.  The Court agreed with the insurer’s position that the evidence demonstrated that the defense vigorously contested the amount of damages claimed, and while the defense did not present its own expert witness on the amount of damages, that did not mean that the entry of a directed verdict for plaintiff was correct.  Rather, the record showed that significant conflicting testimony was elicited by the defense from the plaintiff’s own witnesses.  Consequently, it was error to enter a directed verdict on damages for $80,830.16 where conflicting evidence regarding the amount of damages suffered existed such that the jury could reach different reasonable inferences.  Read more here. 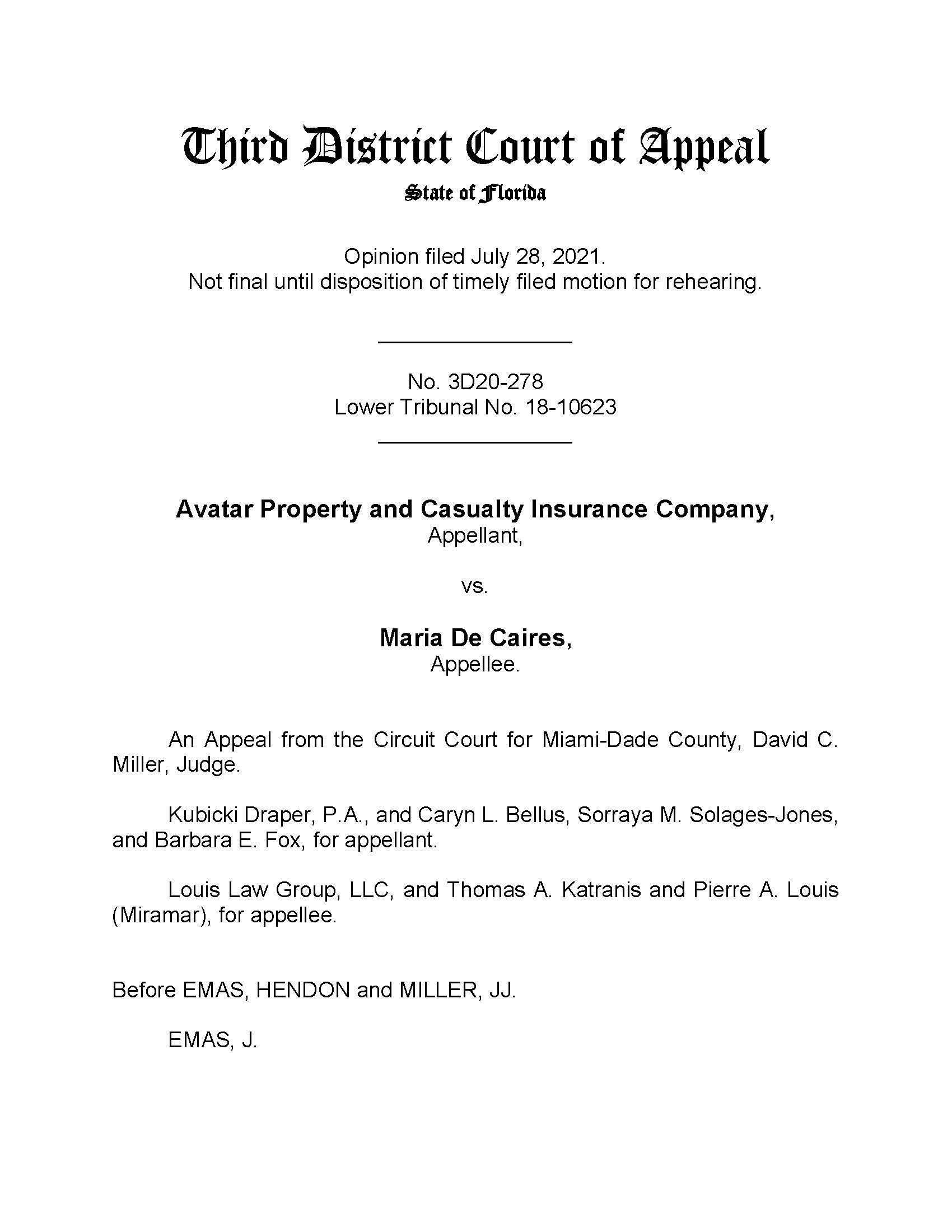 hover over location name to preview, or click it for full details

Our team knows return clients are the life blood of any law firm and this is why we ensure client satisfaction by an exacting attention to service and quality.  Client service coupled with a spectacular work ethic, makes our team hard to beat.

For questions about our services and/or to assign a new matter, please contact Brad McCormick.